Type your search terms above and press return to see the search results.

Well, no, but if her passengers were simultaneously shouting at her—turn LEFT, NO, turn RIGHT—she might slam on her brakes, and/or get herself into an accident.

So it’s not a block—not a thing in the road preventing your progress. It’s an internal paralysis, when the voices in your head as you write give opposite advice, so you don’t know which way to turn. Which of those voices is right? How can you tell?

Yours truly took a trip into her own brain to find out just who’s in charge at Writer, Incorporated. What follows is a series of interviews with the various voices in my head, like any perfectly normal person might conduct. It’s like Are You My Mother? but for writers.

END_OF_DOCUMENT_TOKEN_TO_BE_REPLACED 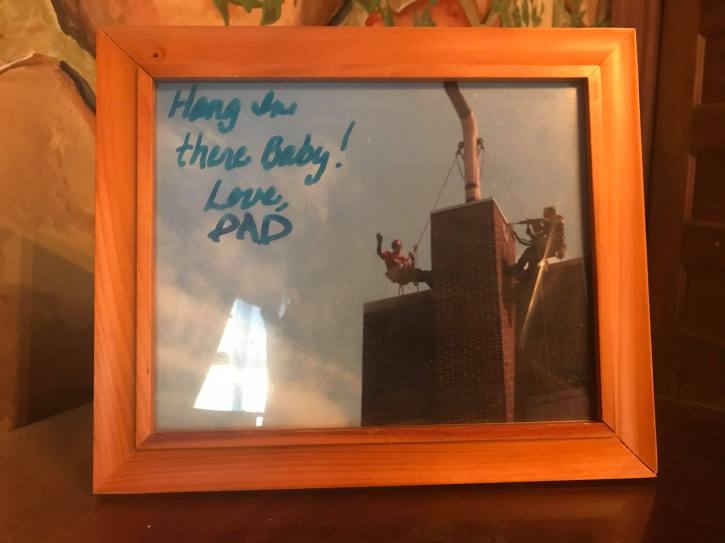 I have the euphoric pleasure of announcing that Elizabeth Little has chosen me as her Pitch Wars 2020-2021 mentee. (More about what that means here.) I called my mom to tell her. I cannot call to tell my dad.

But I need this day to be about him, too. Because I cannot share the news with him, I want to share something of what this would mean to him with you. So, here’s a short story.

In a year, this kitchen table will be covered in boxes of fentanyl patches, probiotic pills and laxatives — the balloon-patterned tablecloth from my dad’s 59th birthday still spread out underneath. In a year, my father will weigh less than I did when I was sixteen, and I will be grateful just to have him answer, groggily, from his gurney-bed when I call out, “Hi, Dad!” But, for now, all is well. He may know he has cancer, but I don’t. He’s sipping his coffee, leaning against a cutting-board-topped cabinet, in blue jeans and a t-shirt. It’s 2016.

He can tell I’m working up to saying something, and I can tell that he just wants me to spit it out. He’s loose, head to toe, except in the eyes. Archetypally he’s a sort of brusque jester – as many New Yorkers are – so, generally, he’s got merry, mischievous eyes. But for me, and certain, serious moments, he saves this look. It goes with the words I’d lop off my right arm for you or, other times, you need me to kick somebody’s ass? He cannot fathom that anything I’d say might suggest my ass needs kicking. Not just because I’m his kid, but because his kid has a record of making him proud.

My dad is (was) a welder and a steamfitter, and he is (was) good at it. Careful. Exacting. Proud. But when I started my undergraduate in philosophy, he had a photo printed of him at work – rappelling off the side of a building. He had my stepmom write “Hang in there, Baby!” (because his penmanship was atrocious), and signed it. When he gave it to me, he said, “Whenever school gets tough, you look at this. You don’t want to have to work the way I do.”

I did as he said. I wrote a thesis on existentialism as a guide for healthy romantic relationships (which he read and talked over with me – and hey, why not? Socrates was a brick-layer, you know.). I graduated as an Honors Scholar. I got my MLS after that. When I landed a tenure-track job as an academic librarian, my dad cried. He was set, because I was set. He didn’t have to worry about me anymore.

But I wasn’t happy at that job. I loved teaching, and helping students, but as the years passed other aspects of the job were over-growing these, wearing me down. And I’d started asking myself what the point of security was if I wasn’t living a fulfilling life.

I had come to this conversation ready, I thought, until I was face-to-face with my father. He knew, in a way I did not, what the value of security was. He knew what long days of manual labor, without weekends off, could do to a person. That I was ignorant of his reality was exactly as he wanted it – it meant I was better off – but ignorance is still ignorance.

“Like an English degree, but for writers. For fiction. I miss writing. It’s not like I think I’m Stephen King or anything, but… I want to try, because I love it. Maybe it’s stupid and won’t come to anything, but I want to try to be a writer.”

Dad puts down his coffee, and stares hard at me. I cringe, and I think of all the notebooks he used to watch me write in when I was ten, filling them up with silly stories. I compare that toothy ten-year-old to the woman at her big desk, next to the photograph. Hang in there, Baby.

Dad waits until I work my eyes back up to his. There is no humor in them, still.

…Which means, it’s time to talk about NOT ALL MONSTERS, an anthology of horror by women writers compiled by the wonderful, Stoker Award-winning Sara Tantlinger (with cover and interior art by Don Noble). Every week in February, Sara’s hosting a round-table on her blog — asking the authors who have written for NOT ALL MONSTERS questions about their stories!

Everything sounds so rich, I’m excited to be in such good company. And as for me, well, “‘The Good Will’ envisions an after-life in which gods are dress-forms and the soul is a quilt…” Read the full inspiration for this and other stories here!

END_OF_DOCUMENT_TOKEN_TO_BE_REPLACED

And by that I mean we all are!

END_OF_DOCUMENT_TOKEN_TO_BE_REPLACED 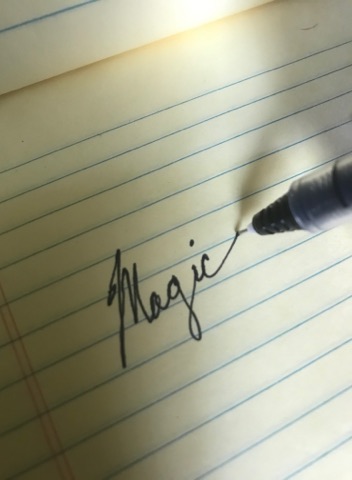 I have never been good with my hands. It’s the cerebral palsy. There is no middle ground, for me, between the over-hard, stress-red clench of a pen and a tentative, trembling touch. So that I do not shake, I type too loud, and draw too dark. It’s why I never use pencil – because there’s no point even trying to erase my lines.

I need the force of purpose connecting me to pen and pen to paper – like a completed circuit through which lightning passes. Have you ever been electrocuted? I have. You get locked in by the current. I need to be steadied like that, at the writing desk.

END_OF_DOCUMENT_TOKEN_TO_BE_REPLACED

This week, I shared a writing exercise with my writer’s group. It’s called “Starting from Solitude,” and it was developed by Richard Hoffman. It’s intended for memoir writing, and it’s unique in that it organically gets the writer back into her own head at a (probably rough) moment in her life. Working as a sort of guided writing meditation, it sneaks up on the writer, allowing her to wade into the past, rediscovering almost-forgotten details, piece by piece, until she finds she is submerged. She is there again, entirely.

END_OF_DOCUMENT_TOKEN_TO_BE_REPLACED 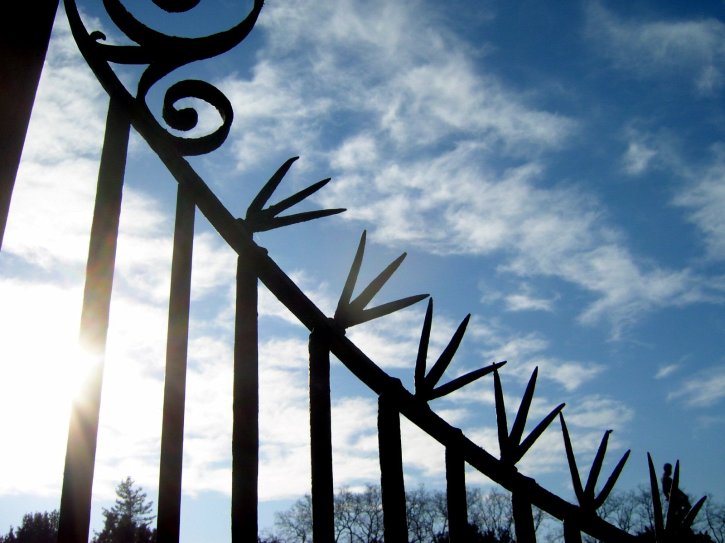 At a red light, once upon an icy evening, Mom and I watched as a woman on a motorcycle tipped over. The immediate fear, of course, was that she was hurt – if not from the bike falling on her leg, then from her head hitting the pavement.

“Call 9-1-1,” Mom said, throwing the car into park and handing me her cell phone, before running to help.

END_OF_DOCUMENT_TOKEN_TO_BE_REPLACED

When I’d moved out of my mom’s, two phone calls

To catch both parents up on what my father termed